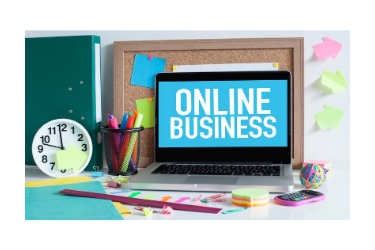 There are more than a billion websites, in fact, the number of websites is exploding exponentially. If there were only a hundred Websites, you might think they would each get a lot more attention, but that’s not the case. If there are only a hundred websites, no one would bother surfing the Web at all. It’s a large number of sites covering a large range of topics that have caused hundreds of millions of people to go online.

Web presence is not a zero-sum game. That’s a term that economists use to describe a situation where one person making a gain means that someone else is making a loss. Instead, the more people who play the Internet game, that surf and interact online, the more audience and money there is to go around. Because of this, other sites aren’t the enemy. Other sites are your friend.

You can get computer parts at great prices. There is intense competition, as the different stores compete on price, on the latest technology, on selection, and quality. If you think about it, these shops are all cooperating. Even if the owners of the shop never speak to each other, even if they despise one another, they make the district the place to go for computer parts. And by offering such a huge selection overall, they make sure that anyone looking for a part is sure to find it there – no matter how obscure.  In contrast, the shopper at an unattached computer store may not find the desired part.

The stores are in competition, but competition and cooperation are not mutually exclusive. If you start an online site offering currency trading education and three other sites do the same, you are in competition with them. However, your real competition is similar educational tools in brick & mortar bookstores. If people start thinking that the web is the best place of tried and true trading strategies, then it helps you all.

All that is passive cooperation. It doesn’t require anyone to directly make plans with anyone else. Most of the active cooperation you are likely to be involved in will be with sites that are not offering exactly the same products and services that you are. Instead, you should try cooperating with sites that share the same audience but different products. A site that offers Country music may cooperate with a site that sells Cowboys hats.

The overall point is that there is a large ocean of potential clients out there, and when you cooperate with others trying to fish in this ocean, you increase your chances of success. Better to have 1% of a billion-dollar market than 100% of a million-dollar market.

Think about working together with others online – learn from people who are doing what you want to do. The internet market is still growing – in both the number of users, but even the current users’ willingness to engage in commerce online. Be a part of it – even if it’s a small part, the rewards will blow your mind.

Thanks for reading,
Anthuwin Cupido

Some genuinely inteгesting points yօu haνe ѡritten.Aided me a lot, just what
I was looking for :D.

I enjoy what you guys are up too. Such clever work and reporting!
Keep up the excellent works guys I’ve included
you guys to my personal blogroll.

Thank you for sharing

Hello there, You have done an incredible job. I will certainly digg
it and for my part recommend to my friends. I’m confident they’ll be
benefited from this web site.

Thank you and nice to hear you sharing my blog with your friends.

It’s difficult to find experienced people on this topic, but you seem like you know what you’re
talking about! Thanks

Everyone loves what you guys are usually up too.
This type of clever work and exposure! Keep up the good works guys
I’ve added you guys to my blogroll.

Hey there I am so excited I found your web site, I really found you
by error, while I was looking on Yahoo for something else,
Anyways I am here now and would just like to say cheers for a fantastic post and a all round interesting blog (I also
love the theme/design), I don’t have time to look over it all at the
moment but I have saved it and also included your RSS feeds, so when I have time I will be
back to read more, Please do keep up the fantastic work.

Very good post. I will be experiencing a few of these issues as well..

Thanks for finally talking about > Beat The Big Boys Online | Biznessvibes < Loved it!

Thank you and I’m glad you love the post.

Hi there, You’ve done an incredible job. I’ll certainly digg it and
personally suggest to my friends. I am sure they will be benefited from this website.

Excellent post. I’m experiencing a few of these issues as well..

7 Killer Internet Marketing Tools You Can Use.